During the last decades, mobile applications have become an inseparable part of our everyday life. And these mobile apps have become a go-to for many people, according to their lifestyles, and also for various businesses.

The usage of mobile apps is fast-growing, and today, the number of people using smartphones across the world is already 6.6 billion, which composes nearly 83.37% of the world’s population (for more information, please click here).

What is Cross-Platform Development?

Cross-platform development allows developers to build software products and services for different platforms or software environments: the main aim of which is to sell software for several proprietary operating systems. Engineers also employ APIs to adapt the software to a single platform.

What kind of benefits can bring cross-platform development for businesses? As many companies have restricted and planned resources and budgets, so they want to do better parallelly saving more. That’s why, especially nowadays, most companies, instead of hiring several engineers, where each engineer will be responsible for separate native environments (iOS, Windows, Android, etc.), prefer to take one or two cross-platform engineers.

The core engine of developing cross-platform apps is to create an operating system that works effectively in various digital environments to sell to a broader user base.

Cross-platform development has become a kind of first AID for many companies saving time and decreasing costs. This one single-code system seamlessly operates with multiple platforms and helps many companies launch products or services faster and with better quality.

In a nutshell, cross-platform app development means a single codebase, which can be reused over and over on different operating systems, replacing the building of different app versions for each platform, hence shortening the time to release a product or service.

If you're a freelancer, contractor, or part-time worker, you know that it can be tricky to list your work on...
Read more

Want to create an attractive website? You don’t have to hire an expensive UI/UX designer for that. With HTML5, CSS...
Read more

Freelancing seems to be the new normal. According to the statistics, in 2027, nearly 50% of the US workforce will...
Read more

Starting a freelancing career is many people’s dream. The freelance job gives you freedom, flexibility and is usually a more...
Read more

How To Become a Blockchain Developer

Indeed, becoming a blockchain developer is not an easy path to choose, but it’s a smart decision to make nowadays,...
Read more 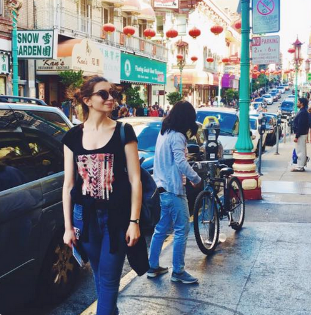 Hire the Best Freelancers and Pay in Bitcoin

Bitcoin payment and purchase availabilities are enhancing on a daily basis. Following the growing interest in bitcoins worldwide makes many...
Read more
All Articles