If you're an IT company looking to get into mobile app development, then you're probably wondering what technology to use. React Native is a great option for several reasons. In this post, we'll go over why React Native is a good choice and what kind of apps you can create with it. We’ll also discuss how you can use React Native for mobile and web development projects.

Is React Native a good choice for your mobile app development project? Yes, and here is why:

React Native is an up-and-coming mobile development platform that offers many advantages for app developers. Here are some reasons why you should consider using React Native for your next mobile app project:

React Native is suitable for all kinds of apps. In this section, we’ll bring examples of some of the most popular apps created with React Native.

It would be unfair to start this list with any other app than Facebook. Facebook was the reason React Native got developed in the first place. Back then, React Native was simply Facebook’s hackathon project which was launched to meet the needs of the company.

By using React Native Facebook increased its performance significantly. It also later built its own Ads manager app using Facebook, making it available both for iOS and Android users. In short, React Native was a pretty successful project, and not for Facebook alone!

Yes, you’ve heard it right! The giant in telecommunications applications Skype has used React Native too. In 2017, Skype announced that they were working on a brand new app which would be entirely written with React Native.

Finally, the last app on our list is Airbnb. Airbnb used React Native to build its mobile app. The flexibility that React Native offered helped the company to reuse, iterate or rewrite the code which eventually turned out to be pretty beneficial.

React Native is also a good choice for web development projects. The platform enables you to create responsive and interactive web applications using the same principles as you would use for creating mobile apps. This makes it easier for developers to transition from mobile development to web development, and vice versa. 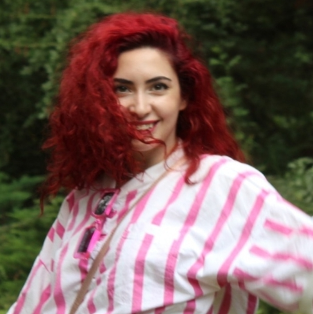 The 10 Most Difficult IT Jobs to Fill

The job market is filled with IT, and many aspire to be closer to that sphere as it guarantees people...
Read more

Freelance work for teenagers is a great way to start a career without having any work experience. As a teen,...
Read more

How to Become a Web Developer in 2022

The demand for web developers is growing year by year. According to the Bureau of Labor Statistics, from 2019 to...
Read more

Search engine optimization may help you increase your brand's visibility and attract organic visitors. You can build a popular brand...
Read more

How To Manage Multiple Projects As Freelancers in 2022

Even though being rooted in society, the traditional workstyle has gradually reached the point of being replaced by the modern...
Read more
All Articles