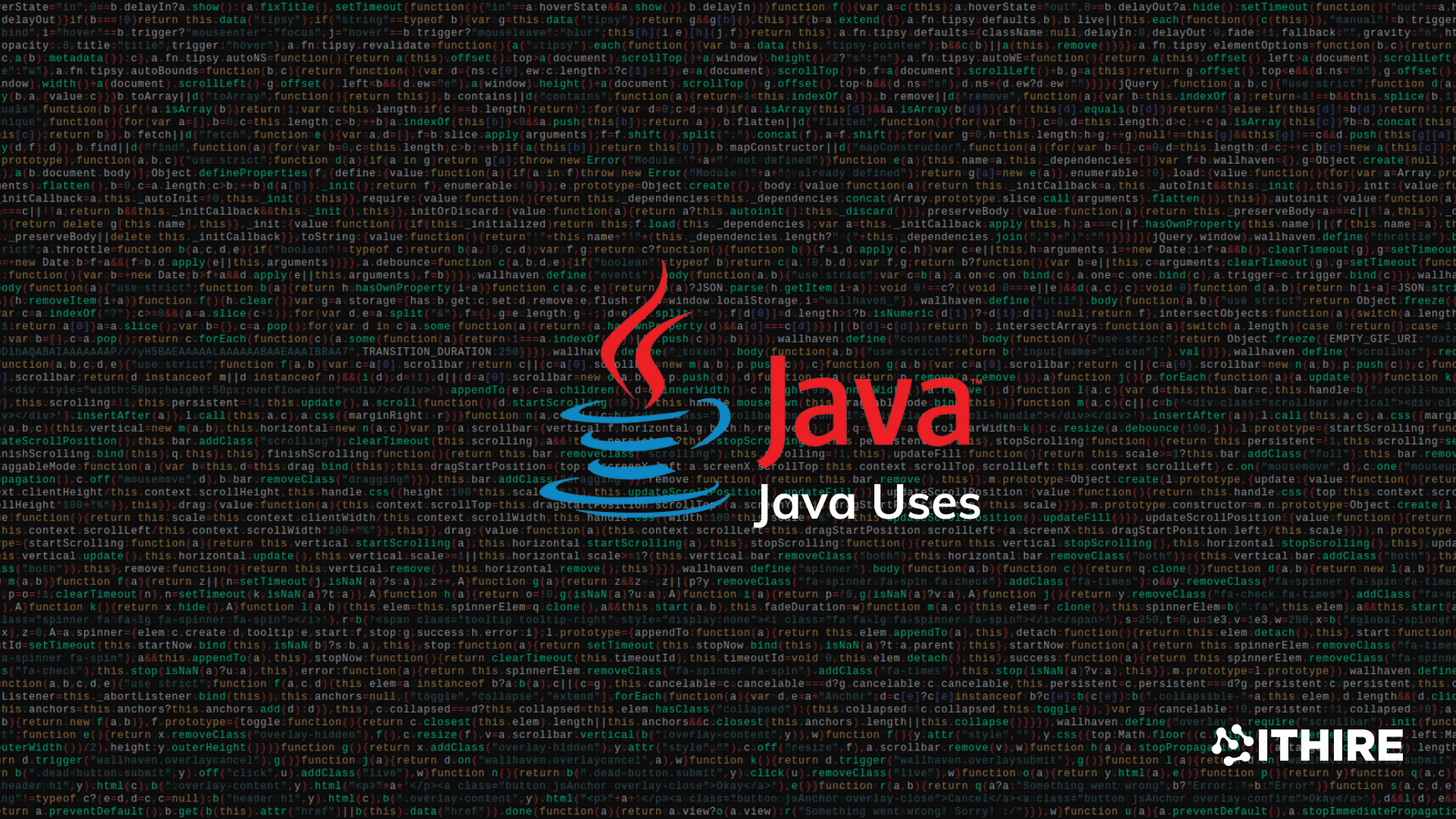 What is Java, and why is everyone talking about it? If you are new to the programming world, you should have already figured out that programmers use different languages to code.

In fact, according to the 2021 statistics, it is the second most popular programming language in the world. But why is Java so famous, and why should you consider learning it? We'll figure it out right away:

What is Java used for?

A question that bothers all beginner programmers: what is Java used for? Java uses vary. It is a general-purpose programming language you can use in web development, enterprise-class applications, android development, and more.

Where is Java used? Here are some of the most common spheres:

But we still have not defined Java properly, so here is a clear answer to the question:

Released in 1995 by Sun Microsystems, Java is an object-oriented, cross-platform programming language used in different applications, such as audio or video apps, social media apps, and games.

Why is Java so popular?

Java remains popular today because it is constantly tested, updated, and refined. And as a Java developer, you'll always have a large community of Java developers and enthusiasts ready to help you with any problem.

Now that we have figured out what is Java for and what does Java do, let's discuss:

The Benefits of Java Programming

Here are the three main advantages of the Java language:

It is easy to learn:

Java's primary purpose was to be easy to use. It was designed as an easy to write, debug, and compile language, making it easier to learn than other programming languages.

Object-oriented programming or OOP is considered one of the most natural programming languages. It allows you to break down the problem into smaller pieces and solve them one by one. It also helps to create modular programs and make the code more reusable.

Finally, one of the most significant advantages of Java is that you can run it in different computer systems as it is compatible with almost all of them.

Big names that use Java

Want to know which are some of the most famous companies that use Java? Here are just a few names:

How to learn Java

Now that we have discussed all the basics of Java and its main advantages, it is time to understand how you can learn it. Every day the Internet is flooded with different Java beginners who google how to learn Java as quickly as possible. So we know the struggle. The good news is, it is possible to learn Java quickly and start practicing it.

Some of the platforms with online Java courses out there are:

How much will it take to learn Java?

If you are entirely new to Java and want to become a proficient Java developer, you might need approximately 1-2 years to do so. This is if you take 2-3 hours each day to practice your Java skills. But in general, four months should be enough to familiarize yourself with the language and edit someone else's code.

Java is the second most used programming language today, following Python. It has been around since 1995 and has maintained its popularity until today. It might take you around two years to be proficient in the language, but in the end, you can be sure to find a lot of suitable vacancies and, eventually, a well-paying job.

End-to-end analytics is an analytic process that enables you to trace a customer’s purchase journey, evaluate their activities along that...
Read more

Today having your small business is pretty simple. You don’t even have to rent a place for it: all you...
Read more

10 Tips To Meet Your Deadlines

Deadlines are something that everyone, whether employed full-time in an office or freelancing from home, has to deal with daily....
Read more

We all want to be financially independent and earn enough for not thinking about money. But how do we truly...
Read more

iOS or Android app developer: whom should you choose? First, let’s see what the main differences between these two types...
Read more
All Articles