If you are new to the programming world, you have probably stumbled upon C and C++ languages. Because both of these languages are used in application development, it is easy to confuse them.

Many confuse them because C++ is a direct descendent of C, which implies that many features of both languages are the same. However, in many aspects, the two languages differ from each other drastically. So, if you still do not completely understand the differences between the two languages, we'll give you a clear overview.

Difference Between C and C++

It is hard to tell which one is better in the C vs. C++ comparison. It depends on what type of project you are working on. The chief difference between the two languages is C++ supports classes and objects, while C does not.

But let's start from the basics, and take a deeper look at each of the languages separately.

It ended up being a completely new language, which even today stays one of the most popular programming languages.

C is a general-purpose, procedural programming language. The main advantage of C is that it performs well and is used for different platforms. If you start learning the language, you can be sure you'll never be out of a job because you can code almost anything using C.

The fact that it was designed in 1972 and is still one of the most famous languages tells a lot about C. It was a game-changer when in earlier years and still stays one.

Now let's take a look at C++. As you could have guessed from the name, C++ is like an updated version of C. It was designed first by Bjarne Stroustrup in 1985 as an extension for the programming language C. Stroustrup wanted to make C more flexible, so he came up with C++.

The chief difference of C++ is that it supports object-oriented programming. If procedural programming is functioning with a step-by-step guideline, object-oriented programing works focusing on the objects. The C++ has all the features of C, added up with some extra ones. Again, you can use C++ for different projects, and it is compatible with almost all of the platforms. C++ later influenced the creation of C# and java.

Now that we have covered the basic definitions let's see what is the difference between C and C++?

Differences between C and C++

C++, on the other hand, focuses on a different discipline. Developers use C++ mainly for gaming, server-side, or networking applications. You can also use it to develop device drivers. When you learn C++, it is way easier to get your hands on Java, Python, and other programming languages.

As we have mentioned before, C is a procedure or so-called structure-oriented language, while C++ is an object-oriented one. Here is a more complete explanation:

This type of programming language uses a top-down strategy. In other words, you start with high-level design and make your way to the low-level design. Here you first right your main()function, and then, when you want to call your subfunctions, you have to call them from your initial main()function. The C language follows this approach.

Object-oriented language is the complete opposite of the above. As you could have guessed, it functions with the bottom-up strategy. In this case, you start working on the low-level design and build it up to the high-level one.

So you basically start by developing modules and then use those in your main()function. The C++ language is an object-oriented one.

Today you can find both of the language structures in software development. Most of the time, you will see the two approaches mixed in the modern software design. It allows getting the best quality possible.

Another aspect for comparing C and C++ is security. C is a less secure language as it does not offer encapsulation. It is because C treats functions as separate entities.

On the other hand, C++ connects functions in one object, also connecting the data. Therefore, C++ also supports encapsulation which in its turn results in more secure storage of data. You can hide your information easily with C++.

So when it comes to data security, C is not as safe as C++.

When it comes to features, C++ has a lot to offer than C. It supports the usage of functions inside of the structures. With C, on the other hand, you cannot define any function within the structure.

There are also some differences regarding the variables. If you are using the C language, you have to declare variables at the start of each function. C++ is way more flexible in this aspect. You can define variables anywhere in the function.

However, C++ does not let you declare multiple global variables, while C does. Still, C++ has more features than C.

There is no definite answer here. We cannot tell you that C is easier to learn than C++ and vice versa. In general, people prefer to learn C++ as it seems to offer more than C. However, starting with C might give you a deeper insight into the functionalities of hardware, mainly CPU. The C language is very straightforward, so you understand how the hardware works.

As mentioned, C has fewer features, so for beginners, it might be also easier to learn than C++. But again, the decision is very personal. If you are more familiar with object-oriented programming then starting with C++ will be a better choice.

There is also a common complaint from the developers who started with the C. So when switching to C++, they could not get rid of the old habits. So, first, figure out what field you want to work in. if you were always dreaming of building video games, then start with C++ right away.

These were some of the main C and C++ differences. So to sum it up, here is a clear comparison table:

Whichever language you choose, you can be sure to find a lot of job opportunities! So simply figure out which one is right for you.

A Web developer needs to keep learning. Now, what better way to learn about new technologies than to listen to...
Read more

What Is the Difference Between UX and UI

How Do Freelancers Keep Track of Hours

Lately, everyone seems to be talking about freelancing. Even those who have full-time jobs, seem to have a couple of...
Read more

What Is A Customer Journey Map?

Customer journeys may appear simple on the surface—you provide a product or service, and consumers pay for it. But if...
Read more 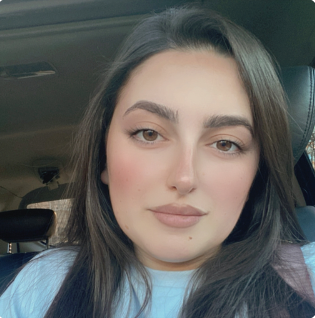 Top 10 IT Blogs For The Latest Tech Updates

If you want to know about the latest tech updates, IT solutions blogs are a great place to look. They...
Read more
All Articles