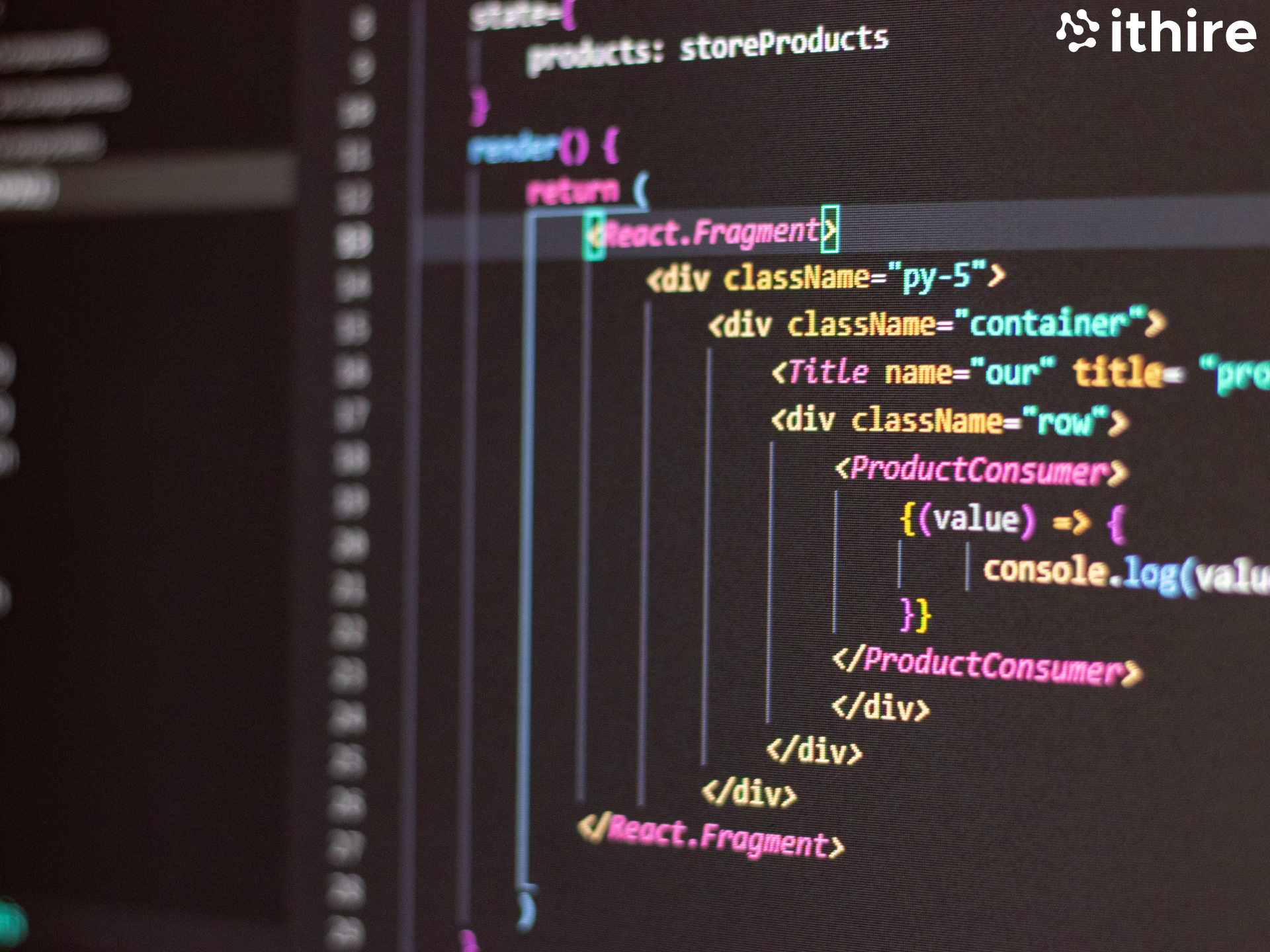 Angular VS React: it seems like developers have been debating which framework is better for eternity.

But what exactly is the difference? Which framework should you choose to study in 2021?

Or maybe, you are wondering which developer to hire for your next project and do not know whether you need an Angular or React developer?

No matter what your struggle is, we are here to help you out.

We have done an insightful Angular VS React comparison, looking at different aspects of each framework. Take a look and figure out yourself which will suit the best for your needs!

But before we dive deeper into our little competition, let’s start from the basics. What is Angular framework, and what is React framework?

What is the Angular framework?

Angular was launched in September 2016 and is a full rewrite of Angular 1.0(Angular JS). It is an open-source JavaScript framework that is mainly used for web and mobile development. Angular is based on TypeScript and is managed by the Angular Team at Google, along with other individuals and companies.

The Angular was released in 2010 and was rewritten by the same team who built AngularJS. By now, there have been 11 versions of Angular, last released on February 24, 2021.

Angular has been used by big companies, such as McDonald’s, HBO, Apple, Adobe, Nike, Forbes, Microsoft, and so on.

What is the React framework?

React framework is one of the most famous JS frameworks, and it has a big community supporting it. React is aimed to help you to create interactive and easy-to-use UI. It was released in May 2019 and is managed by Facebook and the open-source community of developers.

React developers should be ready for continuous updates, as the framework is revised pretty often. Currently, there are 17 versions of React, the last one released on October 22, 2020.

Now, let’s start our comparison aspect by aspect. So, straight to the:

First of all, let’s understand which of the frameworks is more widely used.

Now back to React. Again, just like Angular, you can use React both for the website and mobile applications. But just like Angular, for mobile development, it has an additional framework, the React Native. Also, for mobile development, you need to incorporate it with Cordova. React too can be used both for single and multiple-page web applications.

You are probably familiar with all the fuss about Angular being a framework and React a library. Many developers think it is useless to compare these two as it is like comparing oranges and apples. This debate is because of the built-in features, which are so many in Angular, and so few in React. Let’s take a look:

The Angular framework has a lot of stuff built into it. Data binding, project generation, form validation, component-based routing, and many other functions are available in the Angular package. You do not need additional libraries. It also has a scaffolding, which means Angular CLI comes with commands that generate components for you.

So when you generate a component, it gives you a CSS file, HTML file, typescript file, and a test file. In general, Angular has a very opinionated structure, which means you do not have to bother about your structure too much. It is all pretty much given to you.

For instance, routing is not built into React: you need a package for it like React Router. For state management too, you cannot get along with only React: you should get Redux. Although Angular developers too might get extra packages for some functions, it is mainly a question of preference. Angular does have it all covered, while React is pretty minimal.

However, this the minimalistic approach helps React in the next aspect:

Now this aspect is only relevant for developers who are thinking about which framework to study. As we have mentioned, React is very minimalistic, which means it is also easier to learn. Angular, on the other hand, gets very complicated at times. Here’s a deep dive into the learning curve:

As we have said, Angular is a self-sufficient framework with a lot of built-in features. It means that there are many concepts associated with Angular that will take a lot of time to learn. Moreover, there are a lot of things in Angular that are Angular specific.

Some syntaxes in Angular, for instance, are only used in Angular, and they do get pretty complicated. Many complex features are embedded into the core, meaning that you have to learn them if you want to use Angular. Plus, there is more than one way to solve a simple issue.

Although Angular uses TypeScript is similar to JavaScript, it nevertheless takes some time to learn. So, when it comes to learning, Angular is a tough one.

Opposite of it is React. It has no classic templates, dependency injections, or overly intricate features. If you are familiar with JavaScript, then the framework will be easy to understand and learn. In comparison with Angular, React does not have a lot of features that are React only. The only time you will have to put some extra effort into it is when setting up a project.

React does not have a predefined project structure, so it takes some time to set up your project. You will also have to learn Redux library, as it is used in half of React applications for state management. So although React might be easy to start with, it gets more complicated along the way as you should learn to work with the extra packages.

Finally, our last aspect of comparison is the community surrounding each of the frameworks. There is a large community of developers for both Angular and React. So in this sense, both of the frameworks are pretty much equal. However, there might be some differences when you take a closer look at it:

Angular is less admired than React because of the failure of Angular 1.0. Angular 1.0 was dismissed by a lot of developers, as they considered it too complicated and required too much time to learn. But with the update, Angular has been improved a lot. It has been used and developed by Google, so it does mean a lot. Moreover, Google is improving the framework regularly and providing support for it.

In comparison to Angular, React is more popular. It is one of the most used JS frameworks worldwide and has a supportive community around it. The main challenge with React is that you need to be a constant learner, as the framework and documentation are updated pretty often. But having such a large community will help you along the way.

Summing up our Angular VS React comparison: there is no obvious winner; it depends on your needs and preferences. We hope our in-depth look at each of the frameworks will make it easier to understand whether you need Angular or React.

Whichever you choose, you can be sure that the framework you are using will be a popular choice, and there is no way you can go wrong with either of them!

The Difference Between Quality Assurance and Quality Control

6 Ways to Get Started as a Freelance Front-end Developer

Freewriting: How 10 Minutes of Free Writing a Day Helps With Texts for SMM