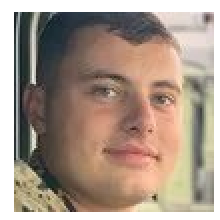 Frankie was extremely helpful and made himself very available for an urgent last minute request to get our project across the line. Excellent communication and very knowledgeable.

Frankie is definitely one of the very best developers I've ever had the pleasure to work with. We've worked with him for several years and hope to work with him again on new ventures in the future.

If you need something done correctly, look no further: this is your guy. Expert developer. Superb programmer. Totally reliable. Does not waste your time. Is low maintenance and gets the job done in least amount of time. Perfect.

As always, Frankie did a terrific job. If you need a project done on time and professionally, look no further. Frankie is your answer.

Let's just say Frankie is in a class all by himself. Excellent work. Excellent skills. Totally responsive. Unbelievable resource. A pleasure to work with. Thank you for all your hard work, and I will be in touch!

Great person to work with. Frankie is highly skilled and very reliable. Write him an email and the response comes within very short time, often within minutes.

Frankie is very committed, reports in detail about problems and solutions. He was very quick to get into a rather complex code and solve the task. It is very easy to communicate with him over the phone or e-mail. In short: It is a pleasure to work with Frankie. And we will continue on this project.

This guy just took money without delivering NOTHING. This site is a scam, I cannot recover my money, there was absolutely no work done for this job and the "freelancer" was paid on full.