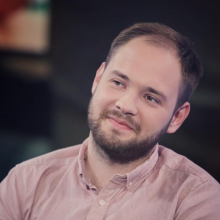 I hold a Master’s degree in Computer Science from Moscow Institute of Physics and Technology, in addition to having a thorough understanding of a variety of languages and front-end programs. I have six years’ experience as a Mobile and Game Programmer. I find the dynamic field of Game Programming an exciting one that allows me to engage my strengths and attributes. I am a conscientious worker who pays meticulous attention to the smallest detail. I am also highly organized, which allows me to complete projects to set schedules. Accomplishments in my professional capacity as a Game Programmer and not only include: • Play tested and debugged more than 8,000 lines of C++ code in existing games. • Designed and developed game software and new game features using ActionScript and Flex that received rave reviews from both management and gamers. • Implemented major significant game features in Unity 3D. • Programmed 2D puzzle-platformer for a mobile device using the Android operating system. • Professional knowledge of development in most of iOS Framework in all iOS layers (Cocoa Touch, Media, Core Services and Core OS).

Ivan is a gem! He always responded in a timely manner, had great knowledge of the components of our site, but was also a great problem-solver when he didn't know the answer to our questions right away. He is incredibly pleasant and professional to deal with and we really felt like he really cared about our site and our business.

Amazing ... I hated sharing Segey with other clients and was happy to pay him top dollar because the value was always 2-3x the cost.