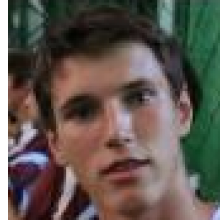 Ditry is very efficient and knowledgable, easy to communicate with and dependable - a pleasure to work with.

A great developer with excellent communication skills. Dmitry worked well under a very short time constraint. He quickly was able to breakdown the required work into sprint/deliverables and deliver on time. I recommend Dmitry without any hesitation.

Dmitry was a great developer. He worked with us from project inception through launch. This was a smaller follow-on contract to a much bigger project he worked on for us.