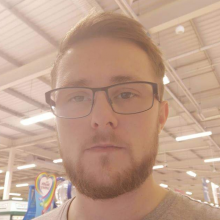 Rocco went above and beyond my expectations. Thank you for being patient, easy to work with, dependable, and thorough. The work was done extremely well and met our final deadline. It was a very positive experience and I will definitely be using your services again soon. Highly recommended. Two big thumbs up!

Rocco is phenomenal in every aspect. He has helped us build first-class unique products for which there was no blueprint. He communicates potential issues and risks during the planning stages and executes the implementation very precisely. We're hiring him under a different contract, hope to be together for at least another 5 years, but if we ever part ways, we'd recommend him for any complex project.

He did an excellent job on the assigned tasks. He completed all of them successfully. We look forward to working with him in the future on other projects.

I am exceptionally happy with Rocco's work. He made a python script for me and went above and beyond my expectations by suggesting improvement to our system and openly debating issues with me to achieve the best results. I am now offering him an hourly contract. I would suggest him to anyone needing an intelligent software engineer.

He is excellent , fast and works to get the job to your specs.

Rocco is very communicative and frequently updates about status. Great collaboration, will work with him again